We’re in our 5th year at YPrep, and we have been diligently working on expanding our footprint in the Bangkok Grad program arena. To that end, we’ve brought Tim on as our TOEFL/GRE coordinator. He’s already instituted our TOEFL program and is working on getting our GRE program off the ground, as well as helping us make our existing programs better. But enough of the introductions, let’s talk to Tim himself.

YPREP: So let’s ask the obvious questions first: What is your background? Where are you from? What’s your story?

Tim: Often, the answer to this question is relatively straightforward. I was born and raised in town X, went to college at Y, and now I’m at Z. For me, there’s a little more wandering involved. I was born in San Francisco, moved through 9 states and 15 towns over the next 33 years (including my college years at SUNY Geneseo where I majored in Literature and Philosophy), lived in 2 other countries after that, and then finally wound up here in Bangkok.

YPREP: That’s a little bit of moving. What kinds of places were they? Why did you move around so much?

Tim: I like to say that we moved around so much when I was younger because my father was on the run from the law for writing bad checks to hardware stores in various states. That’s not true. My father was an itinerant preacher, so we had to move every year or so to a different town. But that’s not the entire story, either. Because I was raised that way, I came to enjoy moving around, challenging myself with different atmospheres and cultures. It’s an invigorating, if somewhat tiring, way to gather experience and world knowledge.

As for the types of places I’ve lived, it runs the gamut: I lived in a town that had a population of 90 people and a 1 room school house. In fact, this is the town. The entire town. 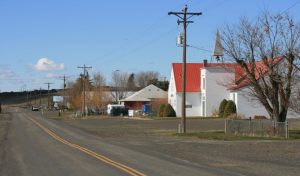 The last place I lived in the US was at the base of the Williamsburg Bridge in Brooklyn, which is part of New York City, which has a population of 10 million. I lived right next to the dome in the picture below.

So…it’s been a life of living in the extremes.

YPrep: How did you get involved in test prep?

Tim: It was a series of fortuitous events, really. I had just left Indianapolis, IN and moved to New York. I was in need of a job, and I didn’t want to go back to human resources or management, so I answered an ad on Monster.com. I had previously taught high school in Delaware, so I was no stranger to teaching. I was a stranger to the industry though, so it took a lot of work, but by the time I left New York, I had worked for 3 regional offices and had become certified in every test type except the LSAT.

YPrep: How did you wind up here in Thailand?

Tim: I was first approached by my New York office about working internationally for a summer, so I went to Oxford, UK and taught there for a summer. 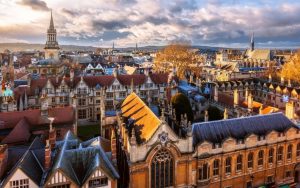 I was asked back the next year, so I went again. On the return flight to NYC, I realized I wanted to expand my travels, so I immediate applied for and got a job in Dubai, where I stayed for two years.

Once my contract was up, I was fishing around for jobs and got offers from Thailand and India, and chose Thailand because it involved less work.

I have been friends with Lom for years, and an opportunity presented itself for me to join him and Young in expanding YPrep, so I jumped at it. It’s been a pretty wild ride.

YPrep: What do you do for fun?

Tim: I have a 3 year old son. I don’t have time for fun. Hahaha. Just kidding. I spend time with Stephen, mainly. He’s an endless font of entertainment. Other than that, I read a lot and watch old sit-com episodes.