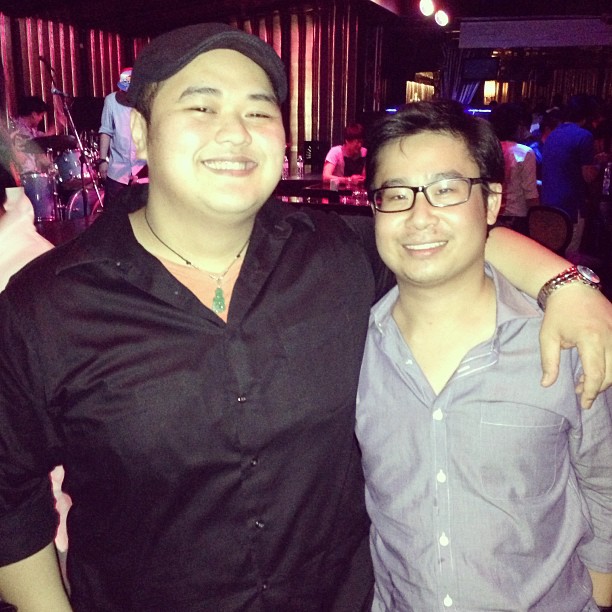 “Hi, I’m Lom and I moved to Bangkok this past summer.”

This has pretty much been my intro the past couple of months. I never thought that I would end up here in Bangkok. I say it now and it still seems strange to me. Last year, I was working at as a Business Development Analyst for the Princeton Review in Taiwan and decided that I should go back to the U.S. and start my career now that I have my international experience. However, through a stoke of luck, I got an email to come help out for the summer at The Princeton Review Thailand and figured “Hey, I’m haven’t been back to Thailand in 7 years and it’s technically my homeland.”

All of that is fine and dandy, but it still doesn’t explain why I started YPrep Academy. That can partially be explained by my first day in Bangkok. That random day, I decided to go to CentralWorld and grab a book on Thailand so I can do some sightseeing. As I said, I haven’t been here in 7 years, which was back when I was in college. I know I have some friends here, but I didn’t let anyone know I was in town because I wanted some alone time. You have to understand. I’m getting ready to go back to the U.S. to begin my career and I wanted some time to think about my next steps without distractions. Well, fate had a different thought in mind. While in line for a movie after grabbing my guide book, I hear my name. I thought to myself “there’s no possible way anyone knows me here.” But as I kept walking, I hear my name again and as I turned around, I see Tan. WTF mate?! Here was one of my fraternity brothers, who I have not seen since college graduation, and who I stayed with the last time I was in Bangkok…7 FREAKING YEARS AGO, standing right in front of me in a city of 8 million! You just can’t prepare for that. So we got talking and he found out I was working for the Princeton Review this summer and I found out his sister was at the age where she’s getting ready to take the SAT. I offered my service as a friend and the summer after that, was a blast.

So where does YPrep come in? I started to see the problems that was going on at Princeton Review Thailand. The books were old, the students weren’t put in the right classes and teachers didn’t really care. I would complain about this to Tan, and one fateful night, while out enjoying the chaos that is Bangkok, he threw out the idea that I should just start my own test-prep company. See, I have worked at Princeton Review on-and-off since college (at the time, I figured it’s a great part-time job AND I can learn the LSAT this way). I have written questions for the Princeton Review. I know what colleges look for. I have tons of experience. And I know the SAT like the back of my hand. Still, I wasn’t too convinced.

So I went home and thought about it.

I never wanted to be in test-prep. I wanted to be an international human rights laywer. My two Master’s Degrees in International Politics and China Studies were supposed to prepare me for that role. Yet I must admit that somewhere along the line, I became a bit jaded and became convinced that the world cannot be helped through the protection of human rights. Heck, this topic is a blog post all in itself. But long story short, I figured I can help by molding the minds of students. That first conception of YPrep was that it will eventually be more than just a test-prep company. Yes, we’re starting off with that, but it will ultimately grow to encompass much more because at my core, I’m a nerd and figured the world would be much better with more of us out there. That was the deal I made with myself. The next morning, I called Tan and said I was in.

There you have it…through serendipity, strong persuasion (by Tan), and “listening to what the universe is telling you,” the birth of YPrep Academy came about. I know this was a long post, but hey, it’s our inaugural post so I figured you might want to know where we’re coming from. Feel free to check back on this blog as it’ll chronicle what we’re doing and what we’re trying to achieve.

Join us for the ride.