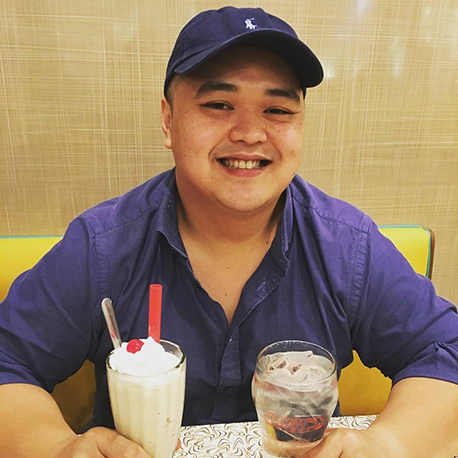 Lom is the Co-Founder and Curriculum Director of YPrep Academy. Hailing from San Diego, CA, he moved to Thailand in 2013 and established YPrep that year. He started the SAT Program and since then, has led YPrep to include other courses ranging from TOEFL to GMAT. Before YPrep Academy, Lom has worked in different areas such as finance, consulting, and education. When Lom isn’t working, you might catch him listening to live music at different venues across Bangkok or perusing bookstores at the numerous malls around town. He is a graduate of Yale University and received his first master’s degree from UC San Diego and his second from Zhejiang University.

What book has had a major impact on your life?

There’s been a lot of books that has had an impact on my life (and in different ways) so it’s not an easy thing for me to answer. There is one though, which made books very magical for me when I was young. The book was “Jeremy Thatcher, Dragon Hatcher.” I think I was about 10 when I read the book, and it was about this boy who discovered a dragon egg and after it hatched, they became good friends and went on random adventures together until the dragon had to leave. It’s a bit hard to explain the book in a way that would do it justice, but I remember the description of scenes in the story as being very magical and you have this dragon that’s the best friend of a boy. So for a 10-year-old kid like me, that helped with the imagination and it made me think I can have a best friend like that. It’s super cheesy, but I do remember feeling emotional over the last scene of when the dragon had to leave.

It’s been over 20 years and I still remember that story. I have to say that I have never re-read the book for fear that it would change how I perceived the story all those years ago. It’s a nice feeling to hold on to, and it’s the type of book that made me a lifelong reader.

What is your favorite film of the last 3 years?

Hands-down, my favorite film of the last 3 years has to be the first Avengers movie. I like big-budget action movies and I like comic books and to see all those characters in the same movie was just awesome. You never had something like that before and I thought it was great as a cinematic achievement.

What is something you want to do in Thailand but you haven’t gotten around to it yet?

I want to go to Khao Yai. I’ve been to the beaches and Chiang Mai, but I have yet to go to the interior of Thailand. I’ve heard it’s beautiful too so it’s definitely something I wanted to do.

Marvel or DC, and which is your favorite superhero?

Ever since the old X-Men cartoons, I’ve been a fan of Marvel. Yes, people can argue that DC have more mature characters (and I do like Batman a lot), but it’s Marvel that had all the cool heroes I liked as a kid. You had Wolverine, Spider-Man, Gambit, and loads more. However, if I had to pick one, I would say Spider-Man was always my favorite.